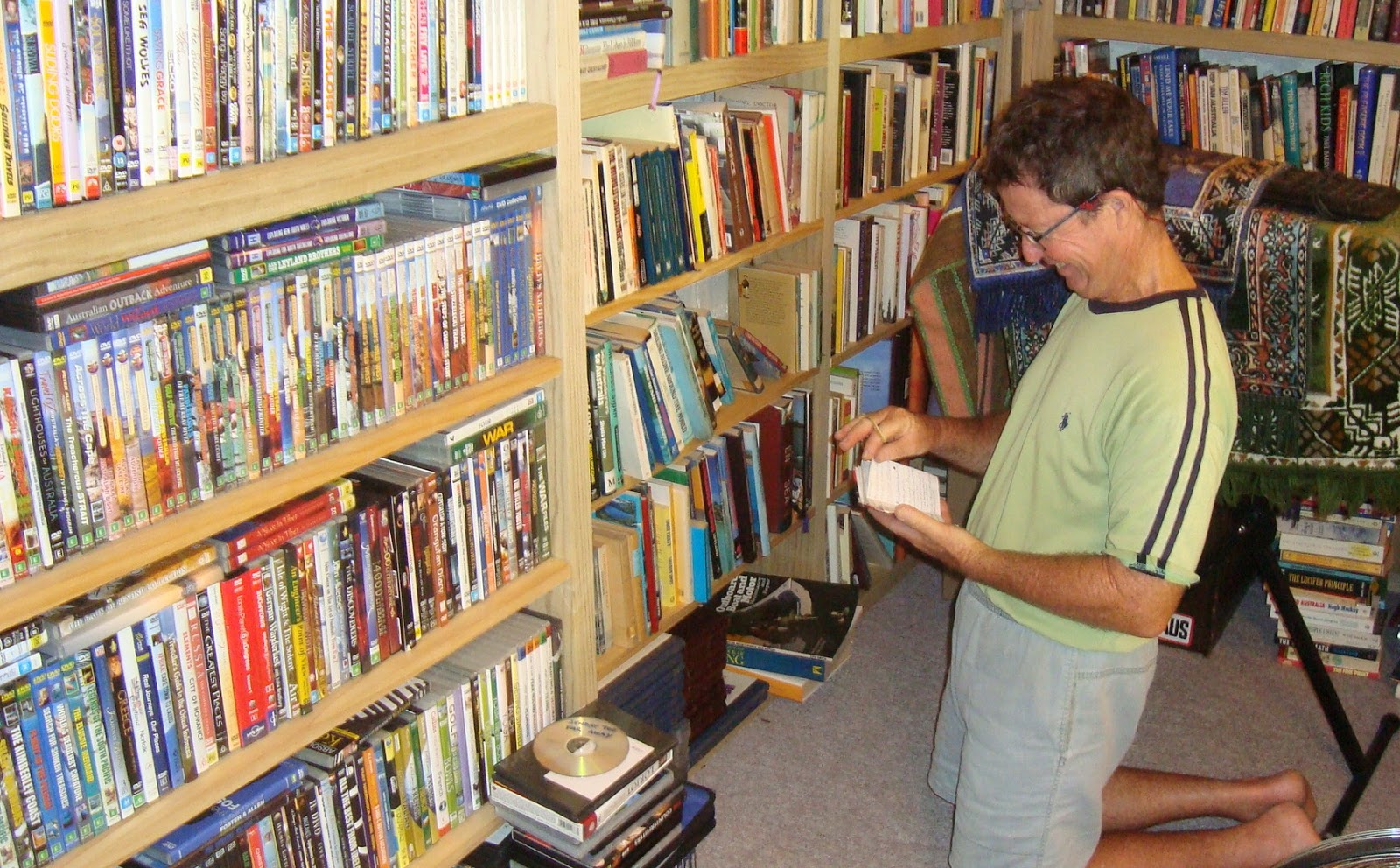 Forget about Markus Zusak, here's the real book thief: Peter Johnson, skipper of SY EKAZA, who's since caught the outgoing tide and is on his way farther south, but not before I had fitted him out with a t-shirt emblazoned with a nautical motif and 'Nelligen Yacht Club' across the chest.

I also forced a book-bag onto him, containing several yachting books, three books by James Michener, "Lost Horizon" by James Hilton (whom he should know from 'Goodbye Mr Chips", being a retired schoolteacher himself) and "Longitude" by Dava Sobel. I thought of adding some Joseph Conrad titles but, other than "Lord Jim" which everyone knows or at least ought to, his books are an acquired taste and so I left them out. 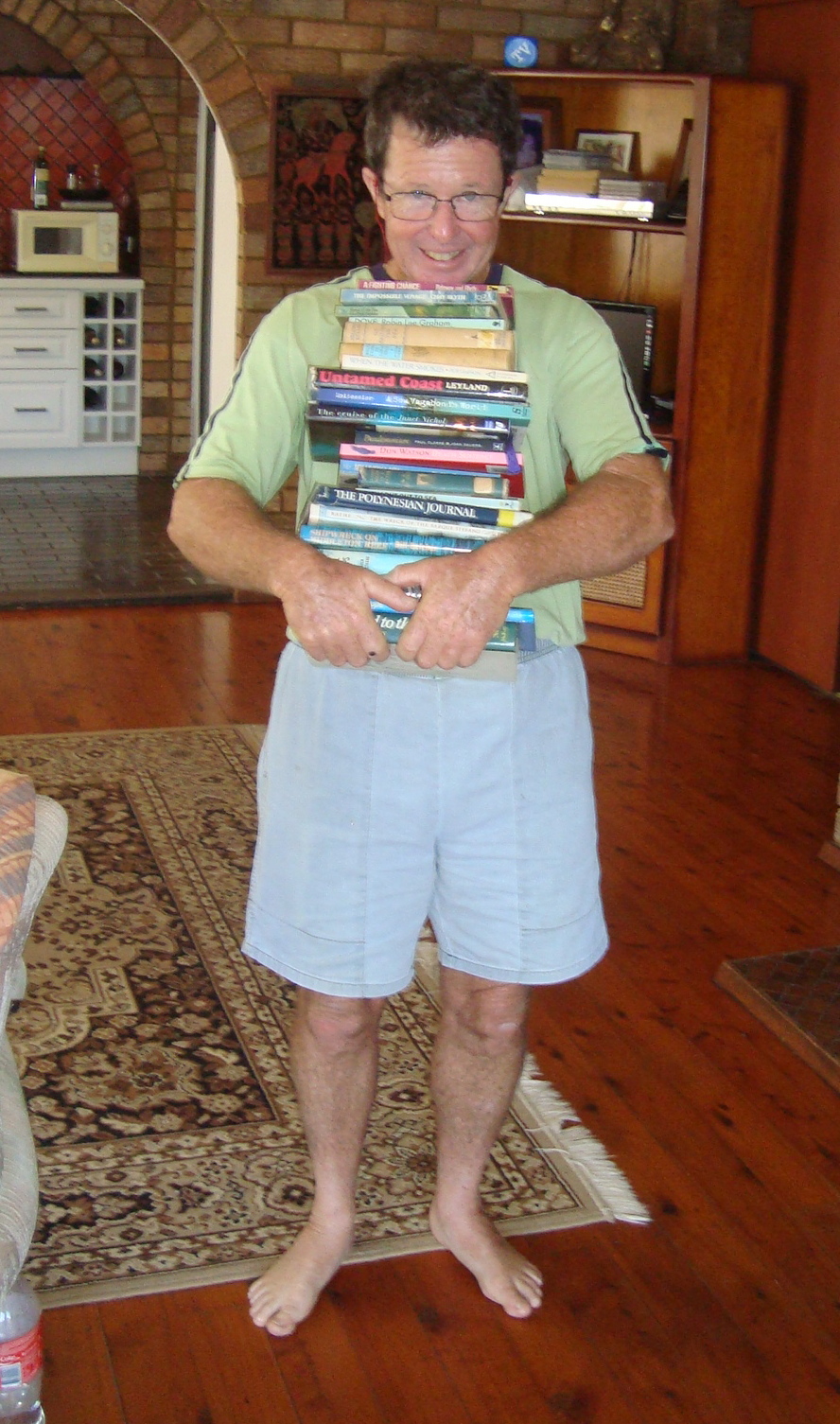 It must've whetted his appetite because he wondered what I'd eventually do with all my yachting books. "Give them to Vinnies", I replied which prompted him to ask to be given first choice. Which I did and which resulted in two big armfuls of books going across to SY EKAZA. 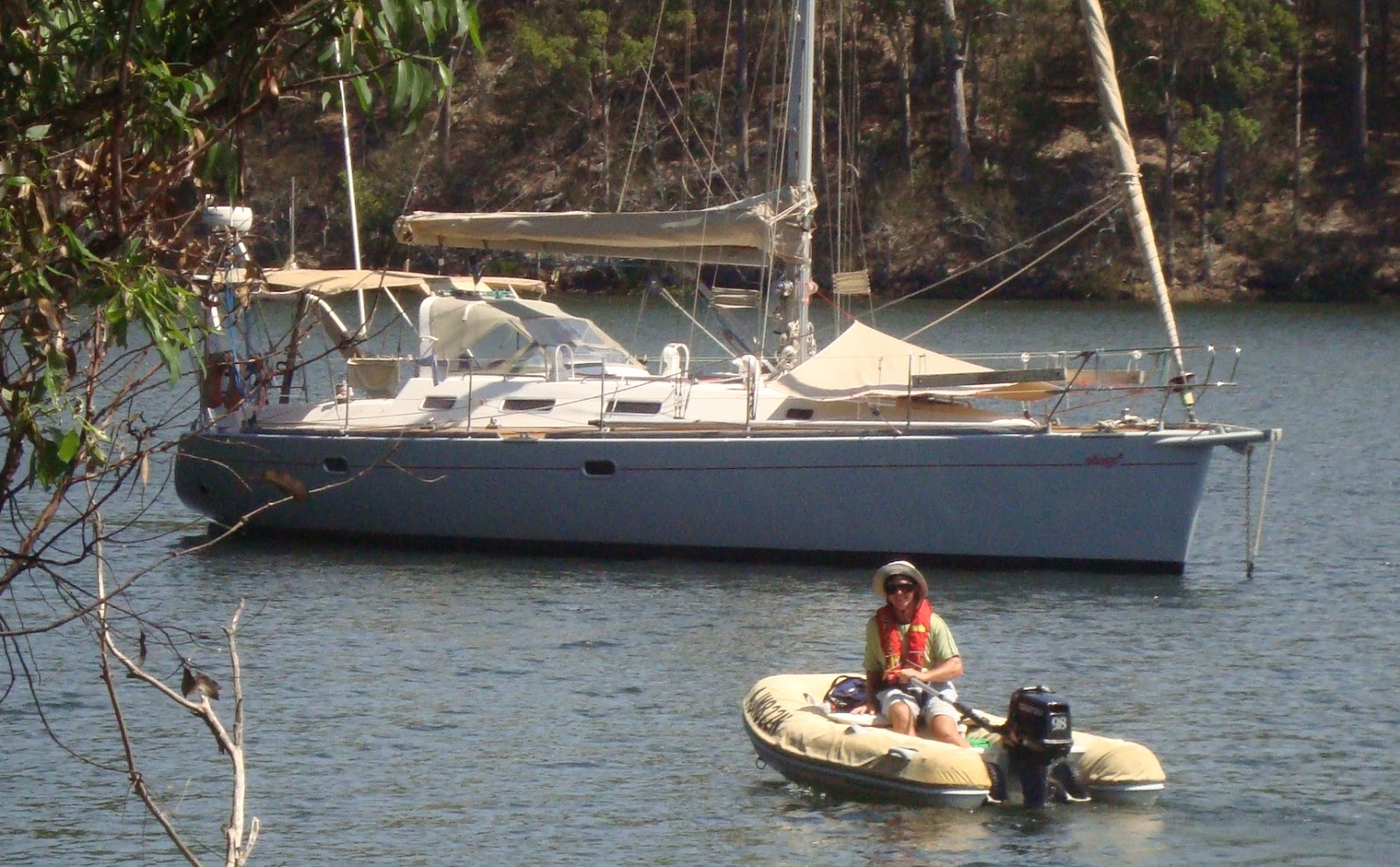 As he did his final sail-by, I watched his Plimsoll line but all those extra books hadn't affected it at all. Perhaps he should've taken some more. 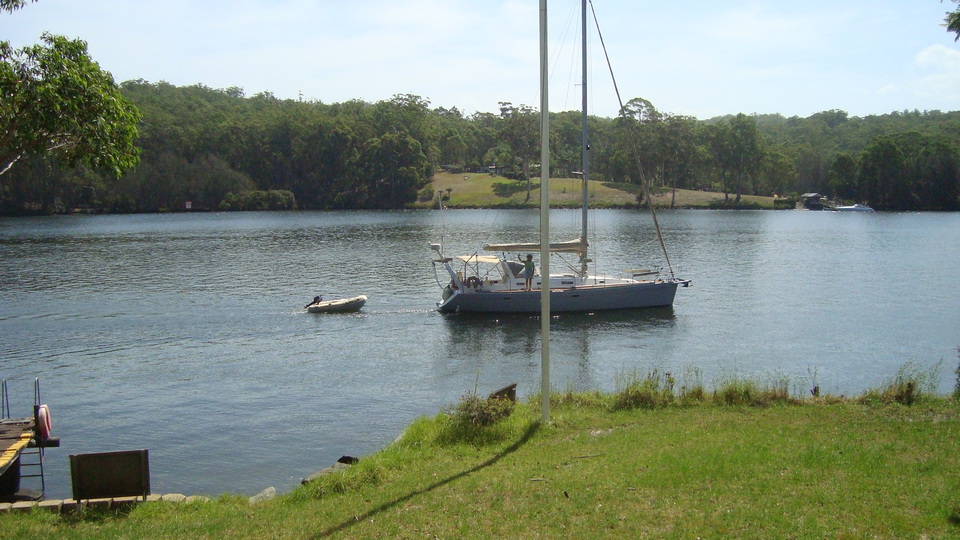 Anyway, I've probably made a friend for life which, given my age, won't commit him for long. "Ships that pass in the night, and speak each other in passing, Only a signal shown and a distant voice in the darkness; So on the ocean of life, we pass and speak one another, Only a look and a voice, then darkness again and a silence." Good fellow, that Longfellow! 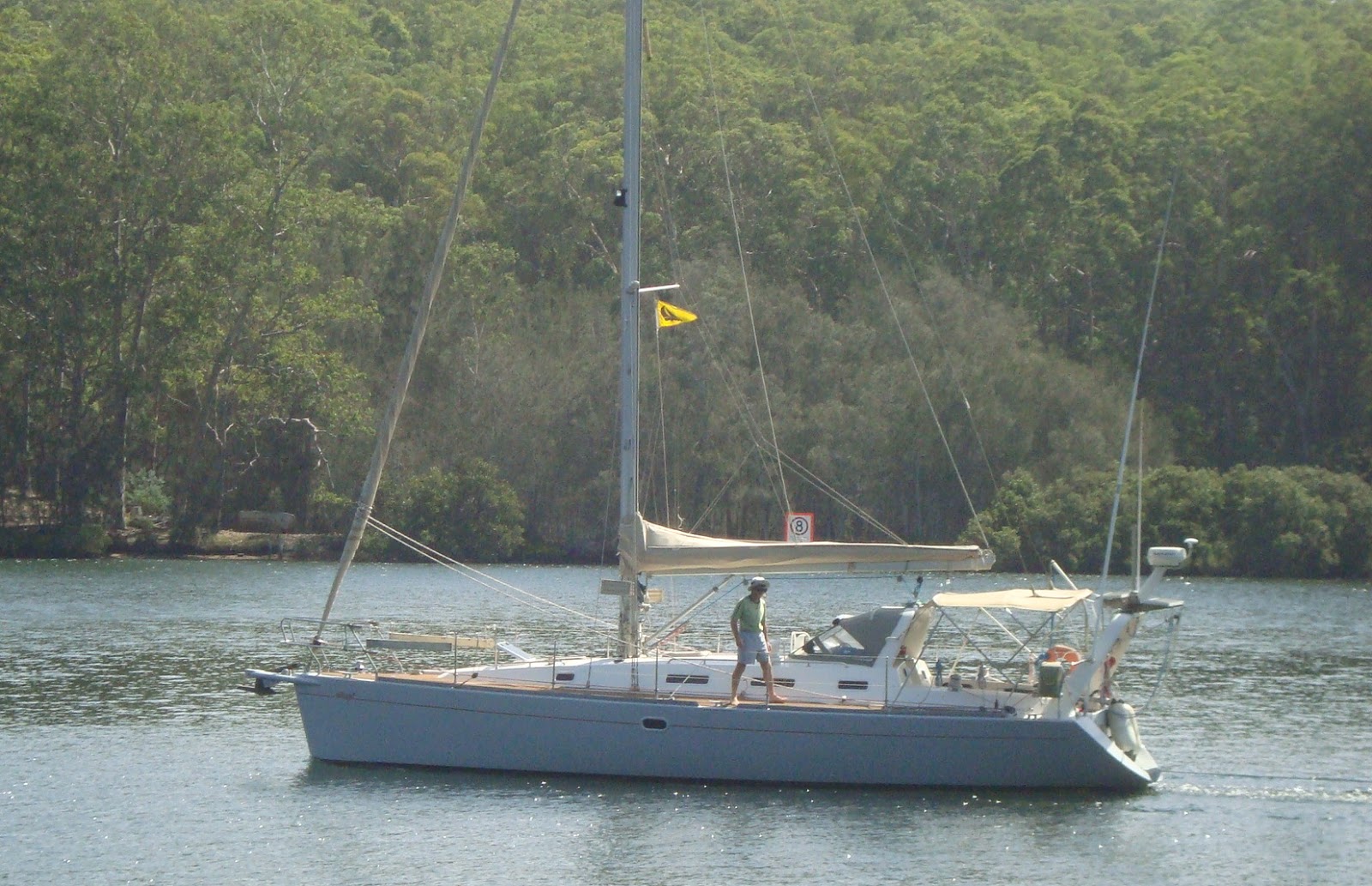