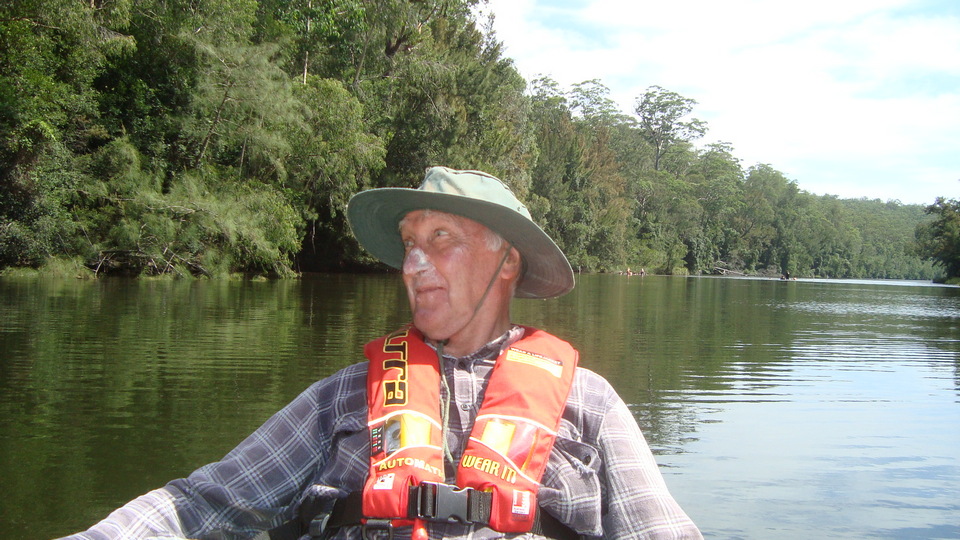 In my twenty-five years at "Riverbend", I've been to Shallow Crossing countless times but never by boat as my old motor-sailer's mast was too high for Nelligen Bridge, so when Skipper Peter of SY EKAZA asked me this morning to go upriver with him in his inflatable dinghy, I dropped everything and into his dinghy. 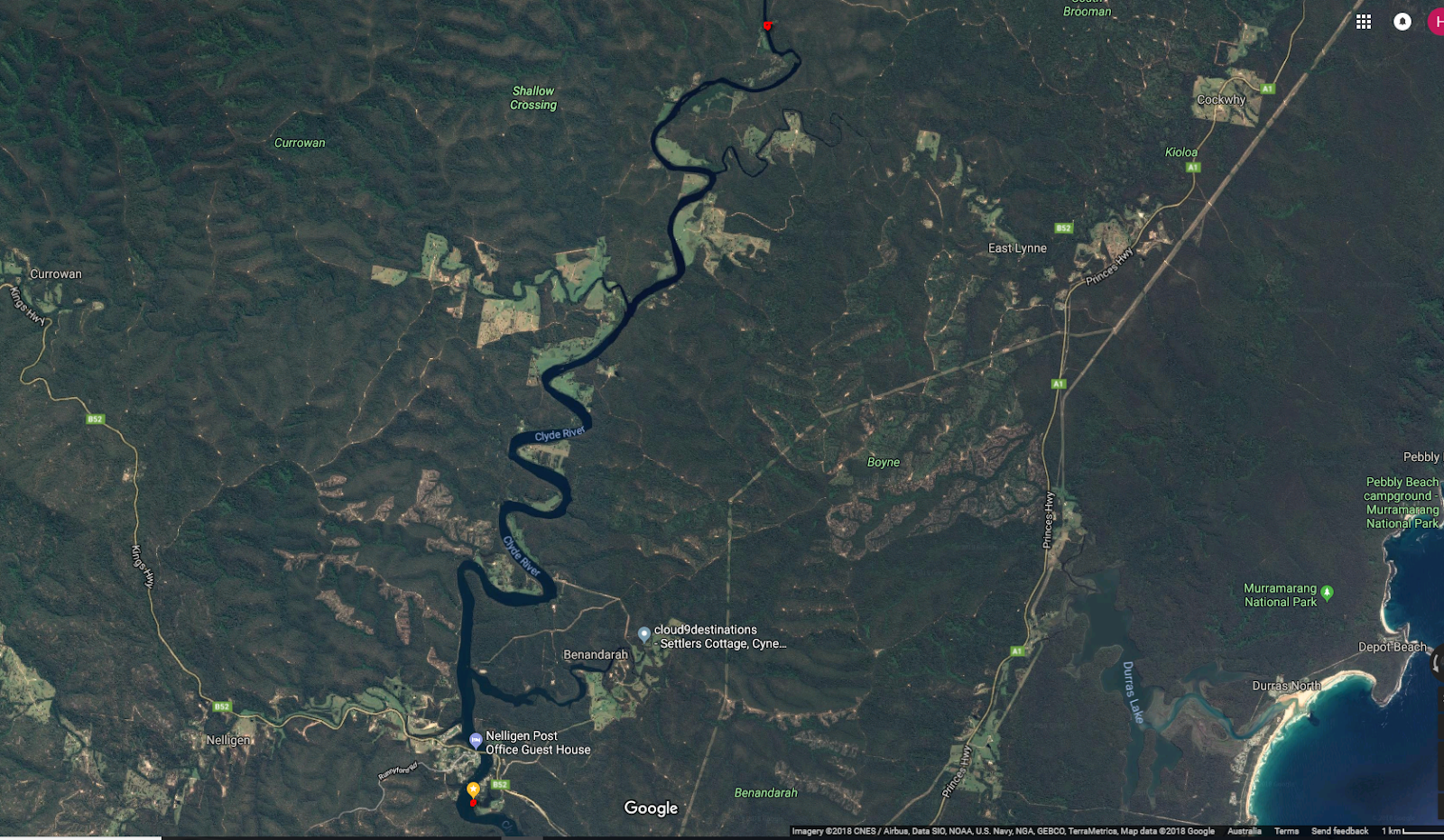 Some 16 km as the cockatoo flies but, with the twists and turns in the river,
probably a good 25 km from one red spot to the other, the same distance as
from Batemans Bay to Moruya

It was real Heart of Darkness stuff, right down to spotting a Harlequin or two. For a moment I even thought I was dreaming as we passed some-thing called 'Bonnie Doon' but there was no sign of the Kerrigan family. 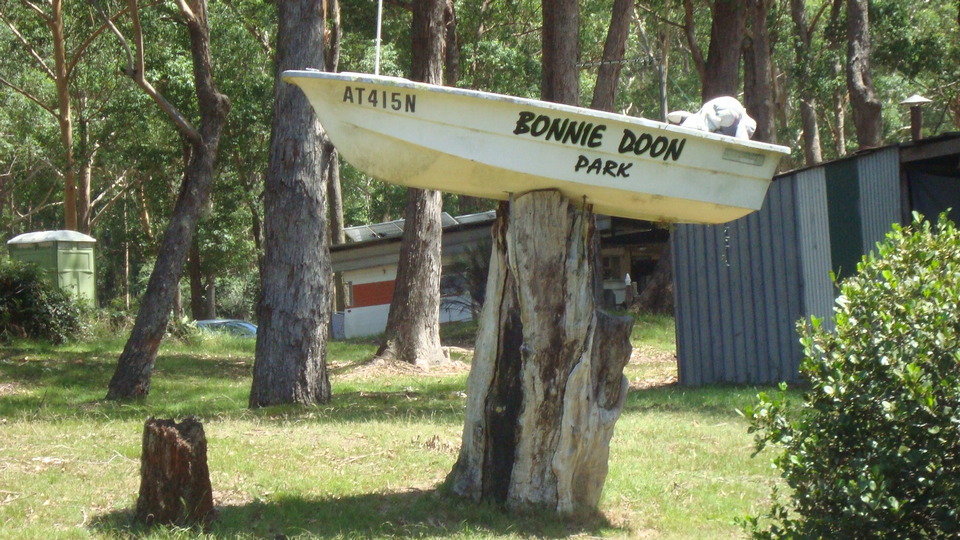 We knew we were nearing the 'Inner Station' and running out of navi-gable river when we saw the 'glamping' tent tops of 'The Escape' and heard voices coming from the Shallow Crossing Camping Ground. 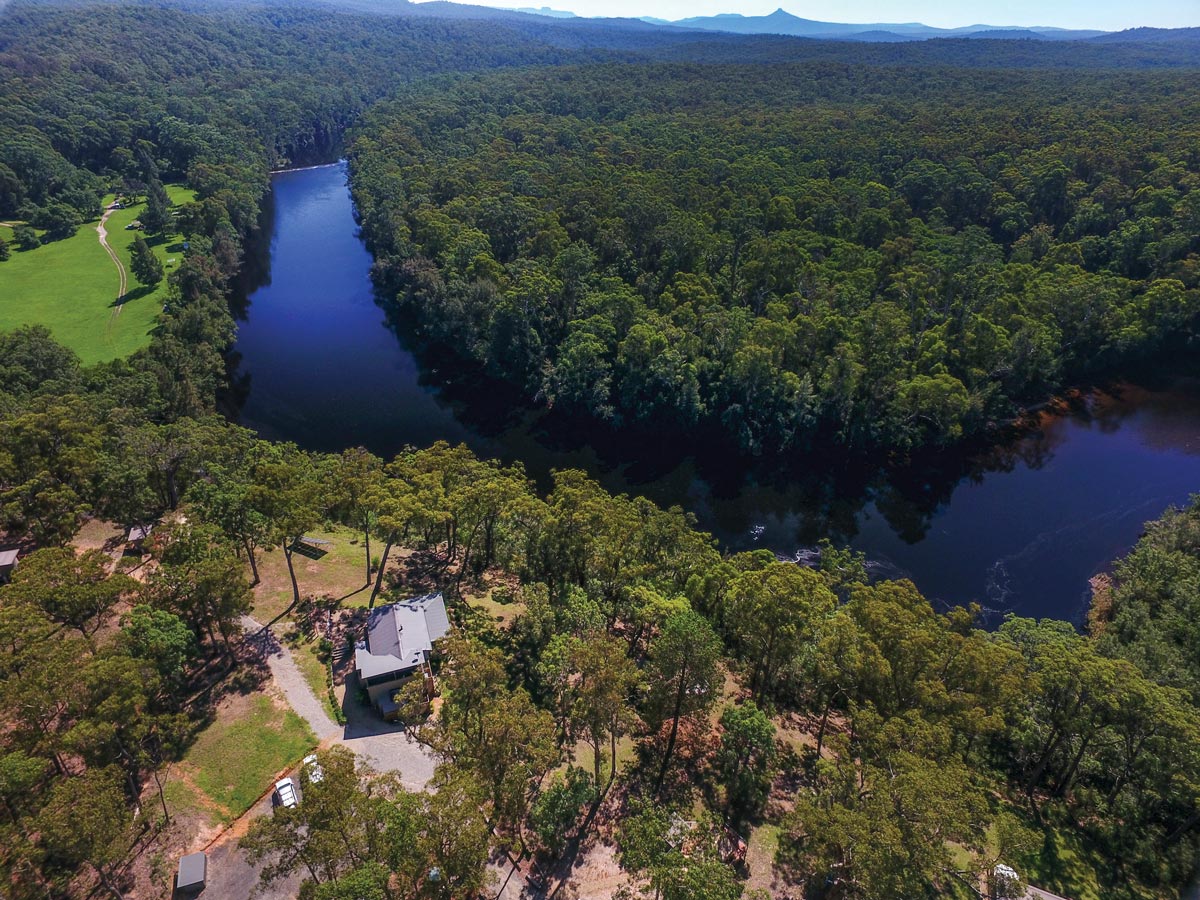 Aerial view of 'The Escape'. Shallow Crossing can be seen at the end of the navigable river

After several hours on the water during which we talked about books and Fibonacci and palindromic numbers, and made a refuelling stop ... 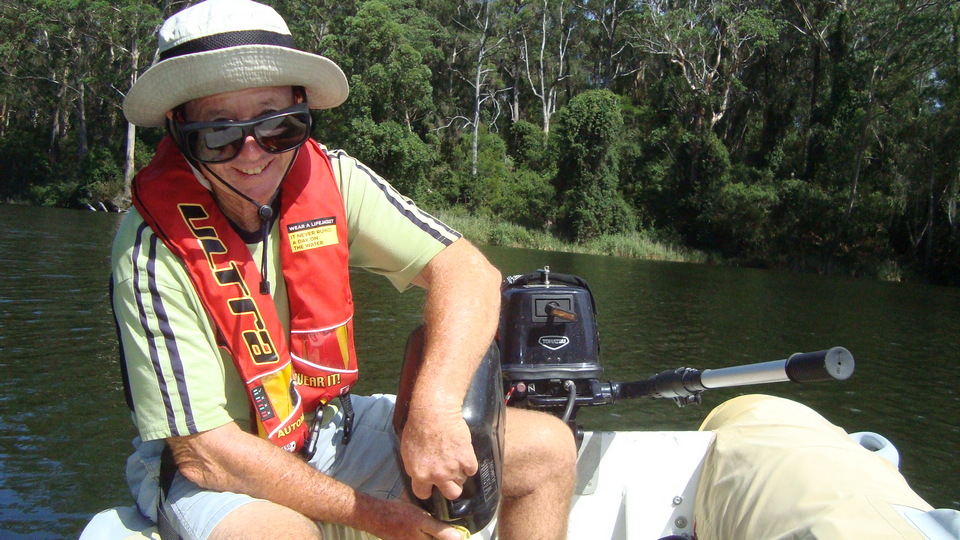 ... and cooled down for a while at Shallow Crossing ... 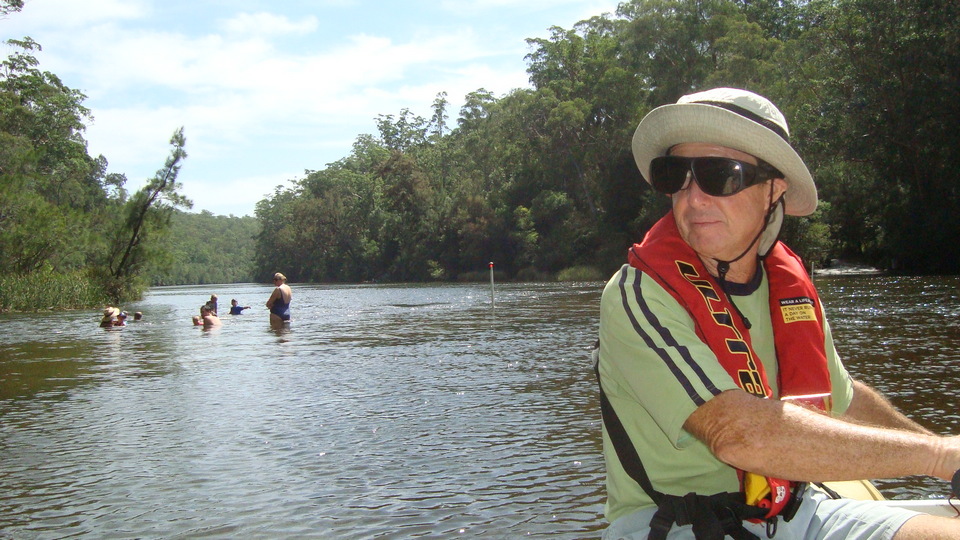 ... it was good to see SY EKAZA and "Riverbend" again. 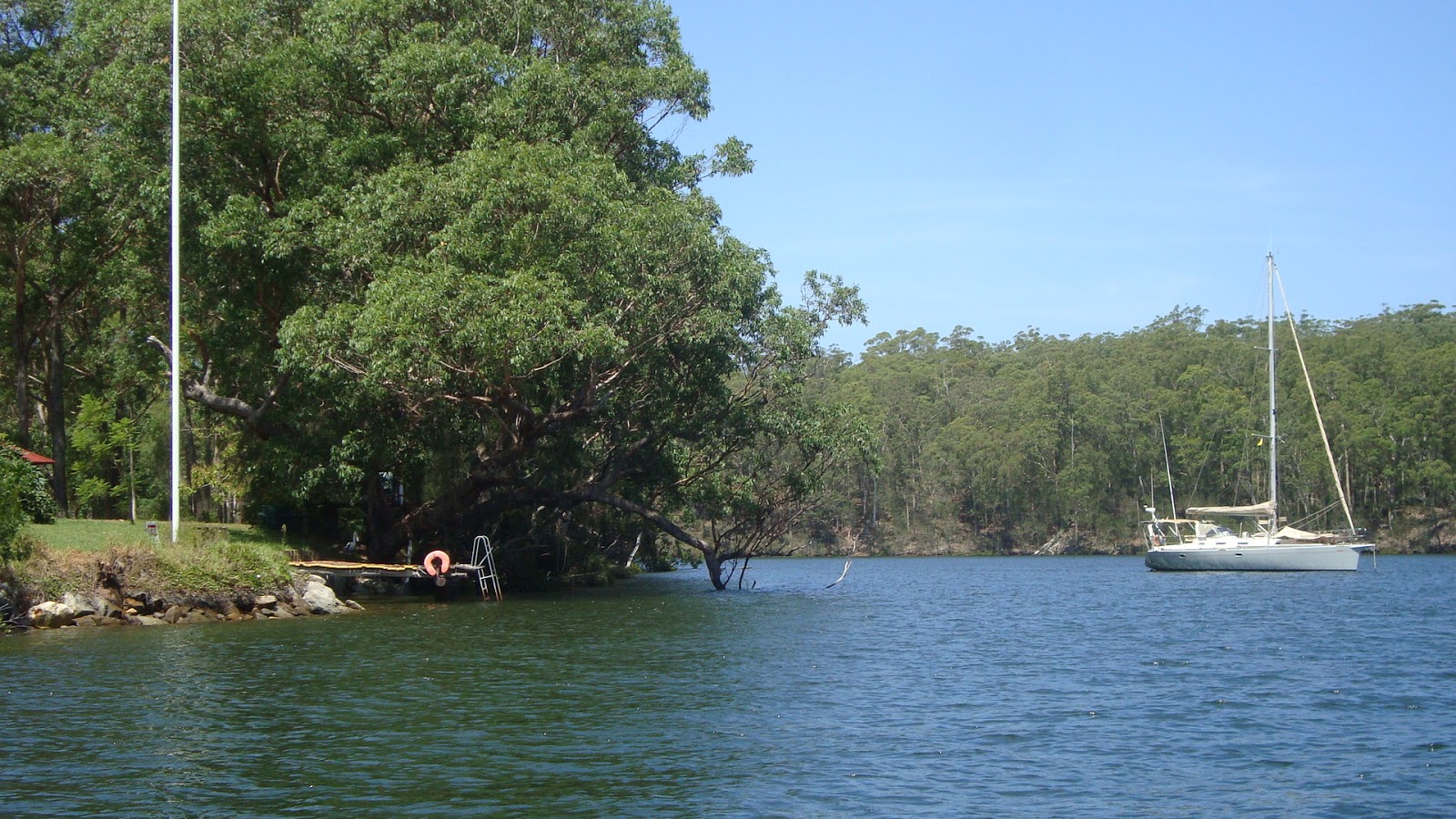 So after twenty-five years, I finally made it to Shallow Crossing by boat. Better late than never!